The opening ceremony of the “Beautiful Iran Exhibition” is part of the cultural activities for the Olympics.

The Iranian ambassador said: “This exhibition is a small manifestation of the historical and cultural greatness of Islamic Iran in history and civilization that the two nations of Iran and Japan have made a great contribution to preserve it during more than a thousand years of interaction.”

He added that historical and friendly ties between the two nations make both sides strengthen their common relations.

Rahmani Movahed hoped that this exhibition will provide a new chapter of prosperity and progress between the two nations and governments.

Hailing Japan’s efforts for hosting the Olympic games, Salehi Amir noted: “I believe that the existing capacities between the two countries require the development of the level of Tehran-Tokyo relations.”

The Japanese minister, for his turn, said: “This exhibition is a good opportunity for Japanese to know Iran.” 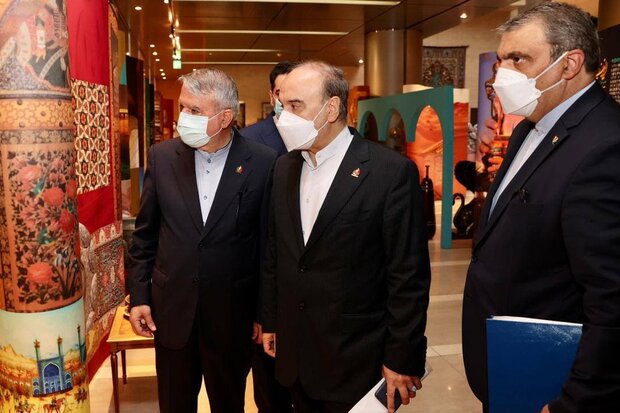 good news iran: “Ballad of a White Cow” to be screened at Zurich Film Festival