“Belgium considers that the JCPOA remains the best instrument for a mutually acceptable solution to the nuclear issue”, it added.

Ali Bagheri Kani also pointed out to his meeting with Gentzis in a tweet, saying, “On a busy day of diplomatic activity in Brussels, I had an early morning meeting & working breakfast with Theodora Gentzis, Secretary-General of the FM of the Kingdom of Belgium, at Palais d’Egmont”,

“We discussed a host of bilateral issues, Afghanistan and other int’l matters”, he added. 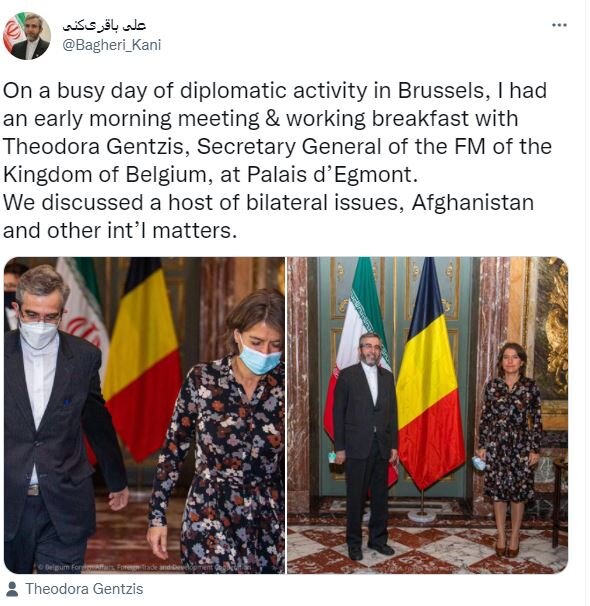 The meeting is being held behind closed doors at the EU building in Brussels.