Yazd is placed at the joining point of Dasht-e Kavir and Dasht-e Lut. Here is the region of ancient deserts, sandhills, desert pavements, valleys, caves, Kooh Rigs, Kalouts and many other tourism attractions in the middle of Iran plateau. Meanwhile, the eyes of tourists are catched by the stone appearance of a mountain that is similar to a sitting eagle.

Oghabkooh (literary meaning the eagle-shape mountain: Oghab means eagle and Kooh means mountain) is the memorial of the second geological age of Iran that goes back to two hundred millions of years ago, however, an igneous rock mass in the northern hillside of Shirkooh extremely influenced the form of Oghabkooh and the wind blow over time, especially from the Badasaman mountain, in the north, played a crucial role in formation of the eagle shape of this mountain.

Being included in the index of Iran National Heritages from 1396 SH, Oghabkooh is placed in the neighborhood of Farashah village that is called Eslamieh. Eslmaieh village is placed on the northern hillside of Shirkooh, close to Oghabkooh, ten kilometers to Taft and thirty kilometers to Yazd city. People of this tourism village are mostly occupied with agriculture, gardening and livestock.

Although Oghabkooh is 2018 meters higher than sea level, the height of its main rock is about 140 meters. This beautiful rock was originated from the heart of the earth made of lime and garnet stone.

Rainfall and water penetration into the lime structure of the mountain have led to formation of some holes that have become the refuge of some wildlife species. On the other hand, the existence of lime prevents growth of plants on the mountain.

The northwest hillside of Oghabkooh has a gentle slope. The height of the mountain in heart of the plain and desert made it a proper place for holding some rituals and formation of some historical symbols such as Temple of Moobedan-e Firouz and watchtower of Chil-e Eslamieh in the surrounding areas. 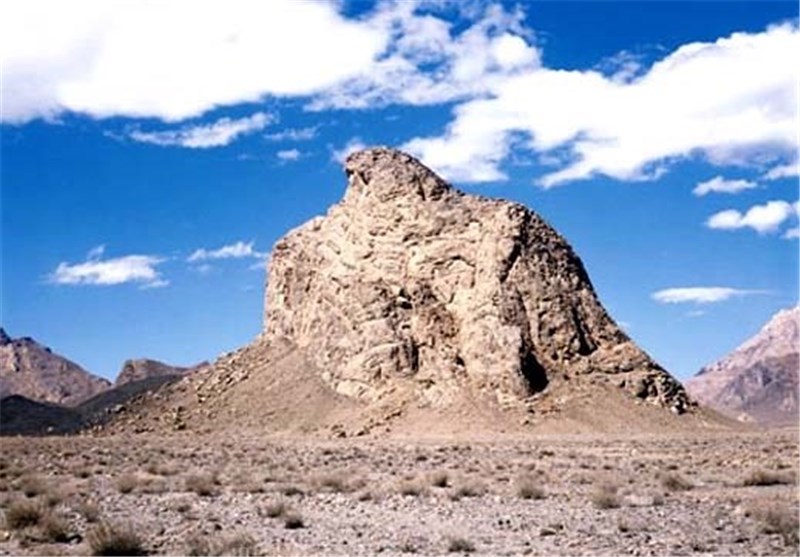