Nowruz marks the first day of the first month in the Iranian calendar and it starts at the exact moment of the vernal equinox, which is the beginning of spring in the Northern Hemisphere.

The Persian holiday of Nowruz or “new day” Nowruz is celebrated by over 300 million people across Central Asia, the Caucasus, and parts of West Asia. No one really knows how far back Nowruz dates but it is estimated that it is earliest celebrations started 3500 years ago.

Each country has developed its own unique customs to celebrate the holiday, which lasts for approximately two weeks. The way that people celebrate Nowruz varies from country to country but there are also common practices.

The 21st of March is in Kyrgyzstan the International Day of Nowruz.

Nowruz is a public holiday in Kyrgyzstan that is marked by a lot of excitement and festivities. Cities and villages hold large gatherings to mark the occasion. Concerts by traditional Komuz singers, national dances, and nomad games are among the activities. You’ll be able to see, for example, a game of traditional wrestling, or the famous Kok Boru (buzkachi), a horse game played with a sheep or goat.

Traditional songs, music, dancing, sports, food, and rituals are performed at the start of spring to commemorate the cultural heritage. It’s also a time for families and friends to get together and celebrate, as well as to foster harmony and unity in towns and communities.

When Kyrgyzstan regained its independence in 1991, the country re-engaged with its culture and nomadic roots which was not allowed before. Therefore, on Nowruz Day, the Kyrgyz people welcome the arrival of spring by celebrating their national culture.

All around the country, there are open-air festivals and folkloric events during which they showcase their ancient nomadic traditions and sports, such as wrestling, horse games, archery, etc.

People begin preparing for Nowruz weeks before the spring festival.

Women go into a full-on spring-cleaning mode, cleaning their homes from top to bottom and removing any clutter so they can start the new year fresh. And the streets seem to be almost spotless. 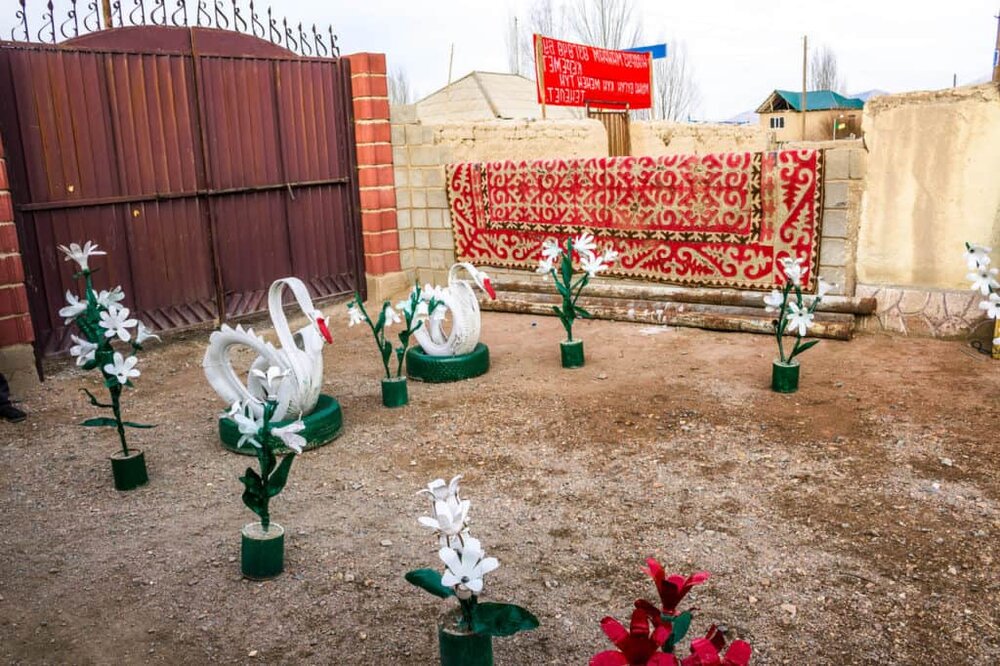 People spend a lot of time making decorations for Nowruz because it is one of the most popular holidays and celebrations of the year.

They are very imaginative in their use of plastic bottles and old tires to build the most beautiful ornaments, and they often compete among themselves to see who can make the best decorations.

Everyone dresses up in their finest apparel, with many wearing traditional Kyrgyz attire for the occasion. 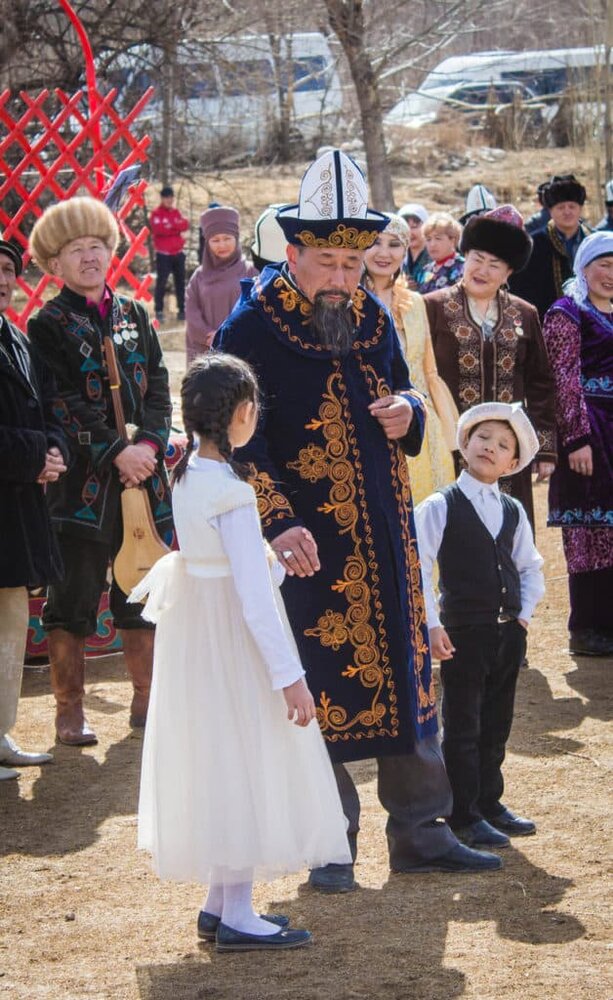 Making the food takes up the majority of the preparation time. Nowruz is a feasting day, so large quantities of traditional Kyrgyz dishes are being prepared in preparation for the new year.

Sumalak is a special sweet pudding made only for the spring festival. It is observed not only in Kyrgyzstan but also in all other countries that observe Nowruz.

Sumalak’s main ingredient is sprouted wheat grains, which give the pudding its distinct sweet flavor. The wheat is soaked in water for a week before it sprouts, then ground into a paste and mixed with water. 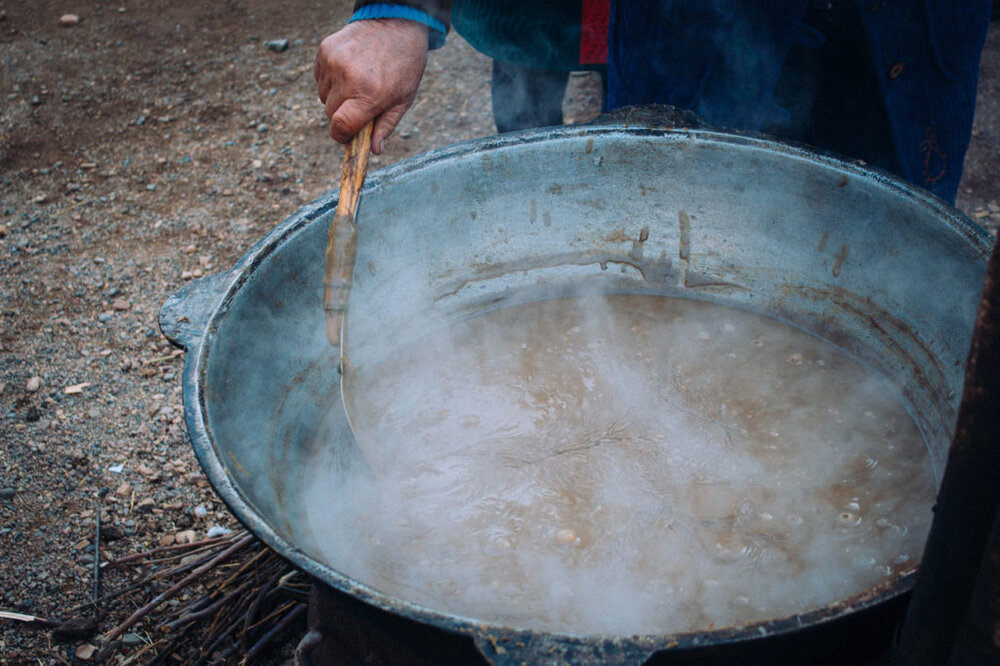 Sumalak is more than just a delicious pudding; it’s also a sign of friendship, culture, and good fortune.

Olovo is made of the lungs of sheep marinated in milk, spices, salt, and oil. This dish is prepared especially for distinguished visitors.

Fried dough is served on special occasions to honor the dead. By eating Borsok, the Kyrgyz are symbolically eating for the deceased.

In addition to spending time with relatives, friends, and neighbors and symbolically sharing a meal, the Kyrgyz people celebrate Nowruz with a number of cultural performances and rituals. 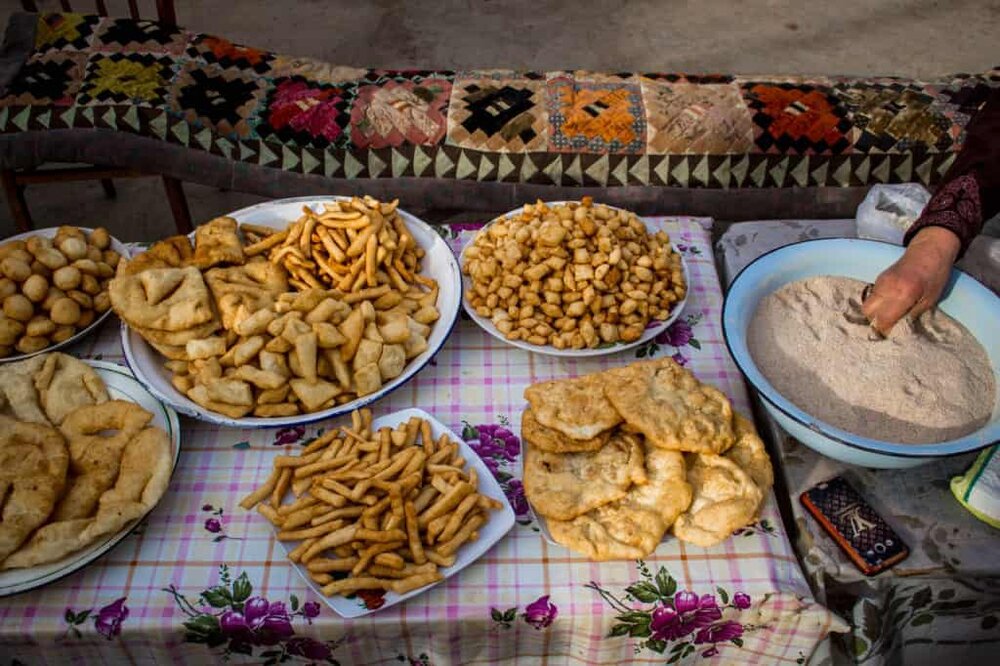 Without highlighting national sports and games, no celebration will be complete. 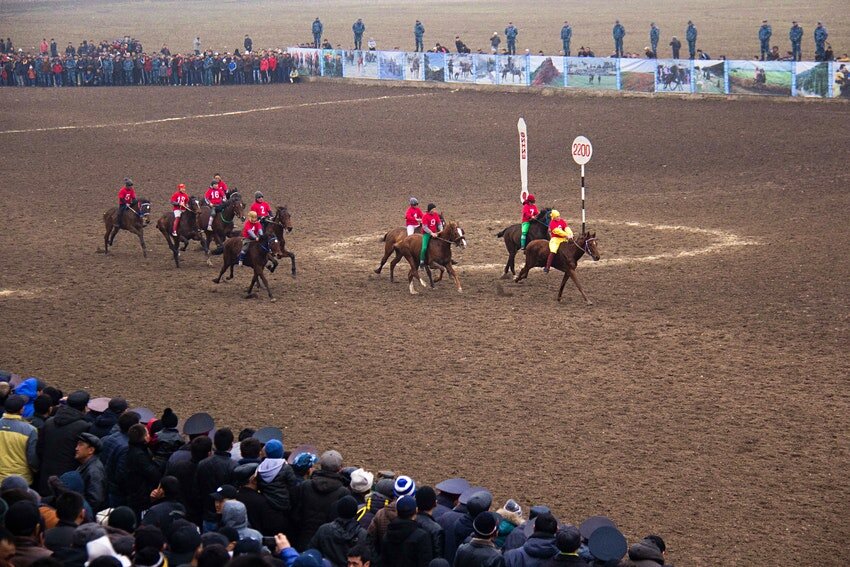 The Nowruz festivals begin with a welcoming ceremony in which performers recite poems and tell stories about Nowruz, sing traditional songs with instrumental accompaniment, and perform traditional dances. 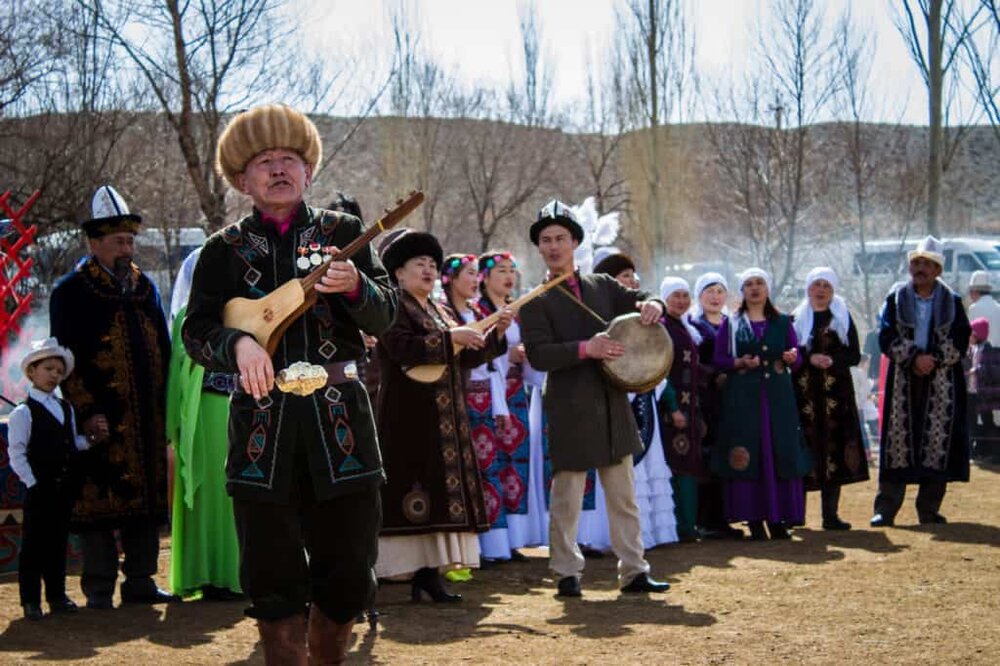 Burning a juniper branch is also a ritual to symbolically cleanse away the troubles and bad luck of the previous year and start the new year refreshed and renewed. The magic and allure of Persian poetry