The province is divided into 21 counties and cities, including Tabriz, Jolfa, Ahar, Mianeh, Marand, Khoda Afarin, and etc. The capital city of East Azerbaijan is Tabriz.

Tabriz is located at an altitude of 1,340 meters above sea level, 619 kilometers northwest of Tehran, was the second-largest city in Iran until the late 1960s and one of its former capitals. Located in a valley, Tabriz is between long ridges of volcanic cones in the Sahand and Eynali mountains. The valley opens up into a plain that gently slopes down to the eastern shores of Lake Urmia, 60 kilometres to the west. 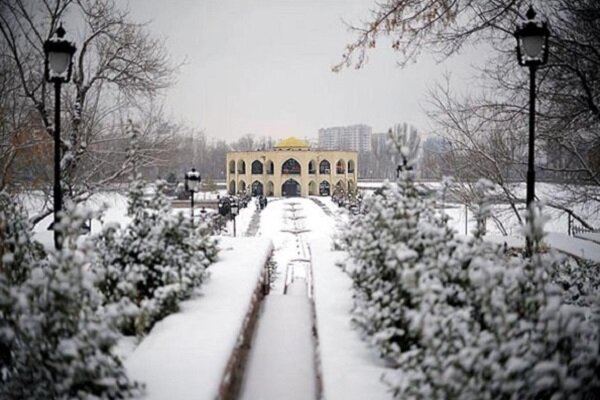 Due to its location, Tabriz has an acceptable summer climate, but the weather in Tabriz is very cold in winter. In general, it has a continental climate with low humidity. The average annual rainfall is 288 mm and the average snowfall is 31 mm. Usually, during the summer season, there is little rainfall.

The minimum temperature is -2° C and the maximum 25° C in Tabriz.

Since long ago, Tabriz has been at the top of the Iranian trade route to the west and being on the Silk Road, in addition to the prosperity of trade, has caused the prosperity of culture and art in this city. The establishment of schools such as Rab’-e Rashidi has also added to this boom.

During the contemporary period, the establishment of the American Memorial School in the late nineteenth century and later the establishment of the University of Tabriz, as well as the existence of intellectual currents in Tabriz, added to the prosperity of cultural exchanges in this city. Many celebrities in the fields of poetry, literature, art, calligraphy, history, politics, jurisprudence, interpretation and philosophy are from Tabriz.

The list can start from the old-time Rumi, Qatran, Khaqani to recent years Gholam-Hossein Sa’edi, Parvin Etesami. The prominent Iranian poet Mohammad-Hossein Shahriar was born in Tabriz. The culture, social values, language and music is a mixture of what exists in the rest of Iran.

Traditional Azeri music is divided into two distinct types, the music of “ashugh” and the “mugham”. 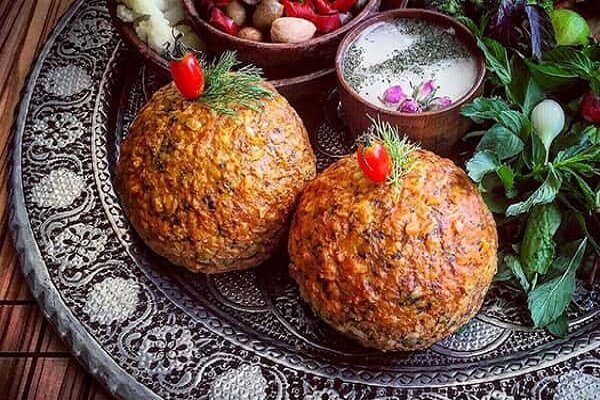 Tabriz is a city of delicious food, foods that are so diverse that satisfy all food tastes. Undoubtedly, the most famous food in this city is ‘Tabriz kuftesi’. It is an Iranian meatball recipe from the city of Tabriz. The dish normally includes a big meatball with meat, rice, yellow split peas, herbs and other ingredients and its juice which is served in a separate dish with shredded Sangak or Lavash bread before the main course.

‘Abgoosht’ is another delicious food of Tabriz people which is usually made with lamb, chickpeas, white beans, onion, potatoes, tomatoes, turmeric, and dried lime. It has been cooked in Iran for many years and, until recently, was the main dish of most families in Tabriz. 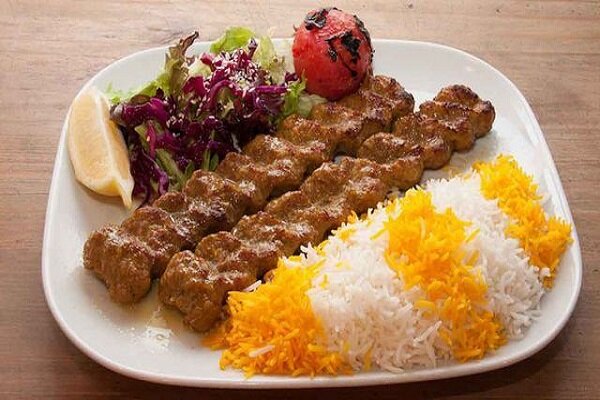 ‘Chelow Kabab’ served on a plate of steamed rice, is the national dish of Iran. Tabriz is famous for the quality of its Chelow Kabab.

‘Dolma’ is another traditional delicious Azerbaijani food. It is prepared with eggplant, capsicum, tomato or zucchini filled with a mixture of meat, split pea, onion and various spices. 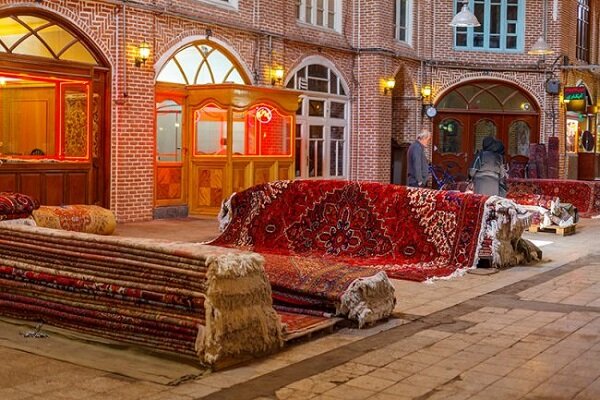 ‘Tabriz carpet’ is world-famous so that Tabriz is known as the “World Carpet City”. Carpet weaving has long been a tradition among the people of East Azerbaijan. Some Tabriz carpets are kept in prestigious museums around the world and many of these carpets are exported.

In addition to carpets, ‘kilims’ are also one of the famous handicrafts of Tabriz. Tabriz kilims have attractive designs. These kilims are woven from goat fur, fleece and silk. The most famous kilim of Tabriz belongs to Shahsevan.

The first leather workshop was built in 1930 in Tabriz. Today, ‘Tabriz leather’ handicrafts are very popular among domestic and foreign tourists. 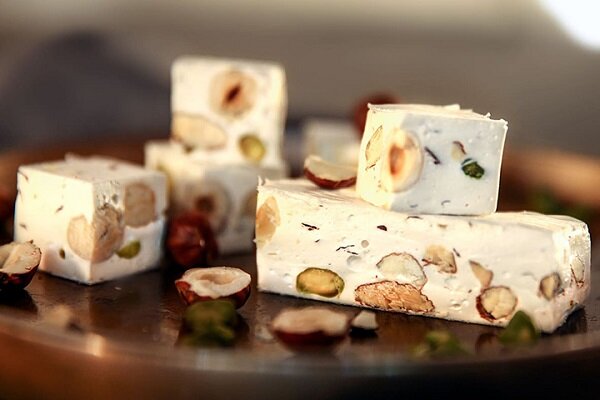 ‘Nougat’ is a family of confections made with sugar or honey, roasted nuts, whipped egg whites, and sometimes chopped candied fruit.

‘Qurabiya’ is a shortbread-type biscuit, usually made with ground almonds.

Tabriz, with its very rich history, has many historical monuments. Unfortunately, many of Tabriz’s historical monuments were destroyed in repeated attacks by foreign forces, the negligence of the ruling governments, as well as natural disasters such as earthquakes and floods. What is left now is mostly related to the Ilkhanid, Safavid and Qajar eras. 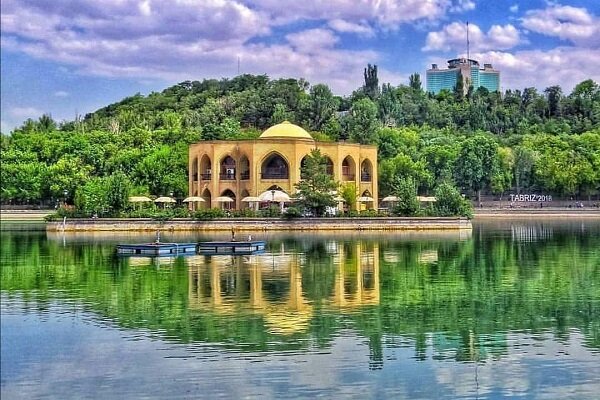 El Goli is a large historic park in the southeast region of Tabriz. It has a square artificial lake surrounded by a sidewalk on four sides. There is also a building in the middle of the lake, with the traditional architecture of Iranian Azerbaijan. In the South of the lake, there is a hill covered by trees. Two beautiful stairways connecting the sidewalks to the top of the hill. 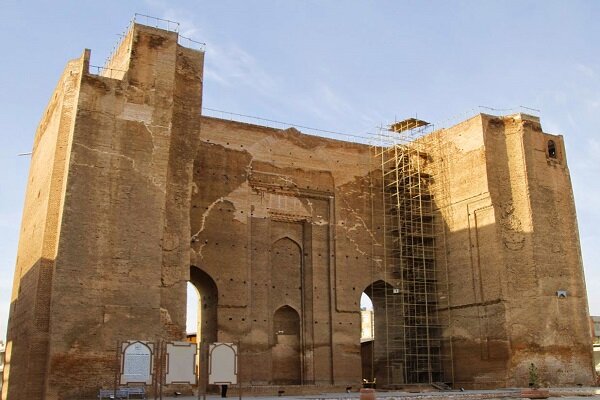 It is the remnants of a large acropolis fortification (whence the metathetic name ark or arg plus polis) and city wall in downtown Tabriz. The structure was initially a compound, containing a great vaulted mosque, adjoining prayer halls and libraries, a vast courtyard containing a huge reflecting pool, and a mausoleum– all surrounded by a containing wall. It was built in the 14th century during the Ilkhanate era. 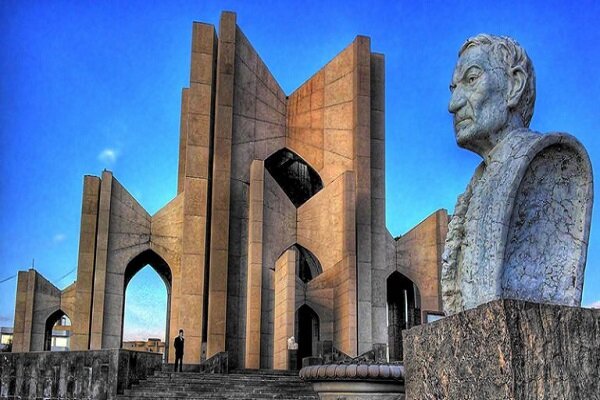 Maqbarat-o-shoara or the Mausoleum of Poets is a Maqbara belonging to classical and contemporary poets, mystics and other notable people, located in the Surkhab district of Tabriz. The first poet buried in this complex is Asadi Tusi (999–1072 CE) and the last one was Aziz Dowlatabadi (Darvish) (1922–2009). 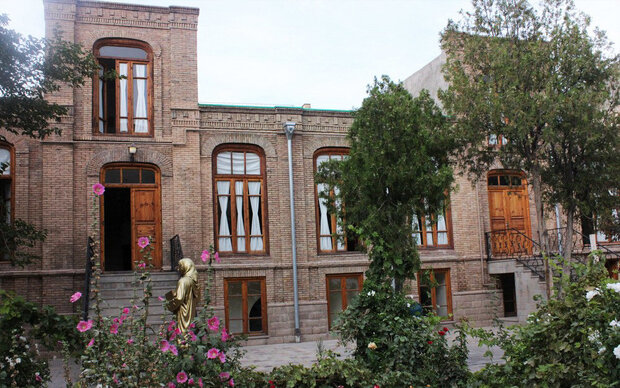 Parvin Etesami was a prominent poet in Iranian literature and poetry who based on her adherence to traditional literature, composed poems with moral and educational themes and religious, political and social themes.

Now, her childhood house is a museum named after her as Parvin Etesami’s House. This lively house which is registered as one of Iran’s Cultural Heritage has an area of more than 1300 meters square. It is the permanent center of art galleries and exhibitions in East Azerbaijan province. This house was built in the Pahlavi era. Parvin lived in this house until she was seven.

The historic mosque of ‘Blue Mosque’ was constructed in 1465 upon the order of Jahan Shah, the ruler of Kara Koyunlu. This mosque is one of the most prominent masterpieces of Islamic architecture and dates back to the ninth century AH and the variety and elegance of the tile work, as well as the beauty and harmony of the colors, especially the azure color of the mosaic tiles, have made it famous as the Turquoise of Islam world.

The building of the Blue mosque has been damaged by the earthquake of 1193 AH (1780 AD) and its domes have collapsed. The mosque remained in ruins for more than 150 years until it was partly rebuilt in 1318 AH. 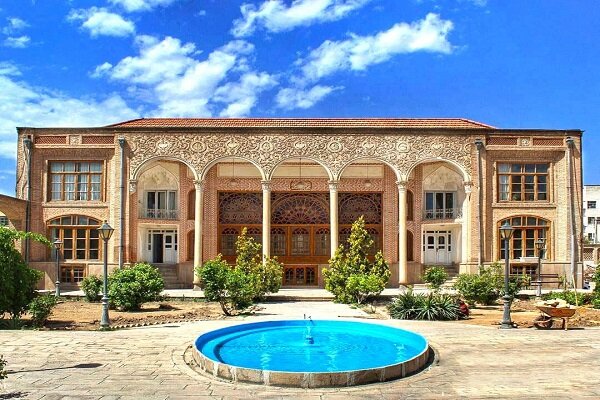 The Constitution House of Tabriz, also known as Khaneh Mashrouteh, is a historical edifice located next to the Great Bazaar of Tabriz. During the years which led to the Constitutional Revolution and afterwards the house was used as a gathering place of the leaders, activists and sympathizers of the movement. Among them, the most famous people were Sattar Khan and Bagher Khan. The most beautiful part of the house is a skylight and corridor decorated with colorful glass and mirrors. 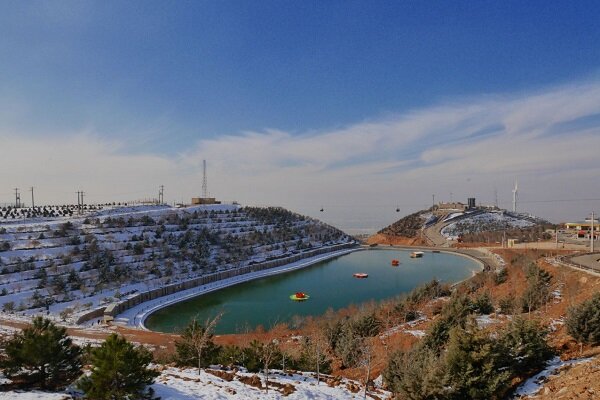 Eynali is a mountain range north of Tabriz, Iran. The range has a couple of peaks including Eynali, Halileh, Pakeh-chin, Bahlul and the highest one Dand. It has red soil and Eynali peak and Dand are visible from almost everywhere in Tabriz. Nowadays the Eynali peak is a daily hiking destination for many residents of Tabriz. 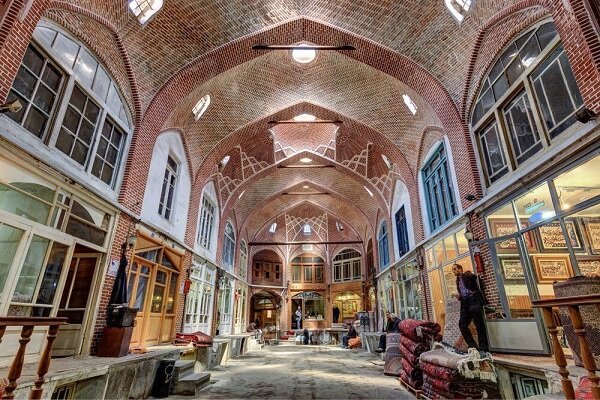 It has an area of one square kilometer and is the largest roofed market in the world. It is also one of the most beautiful markets in Iran, which is also registered at the UNESCO World Heritage Site.

The bazaar was of great commercial importance during the Silk Road and then flourished in the Safavid dynasty. There are school, mosques and historical caravanserais in the bazaar, which are built with brick facades, beautiful domes and arches. 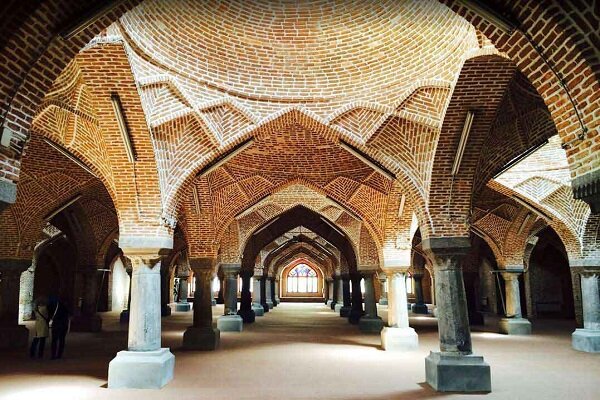 Constructed in the Seljuk era in the 10th and 11 century, the mosque is located at one end of the Grand Bazaar of Tabriz and in the south wing of Talabie Mosque, another historical monument in the area. The Jameh Mosque is mostly famous for its intricate mihrab, beautiful iwans, brick arches, the wide mosaic dome and its two three-tiered minarets rising above the mosque’s entrance. 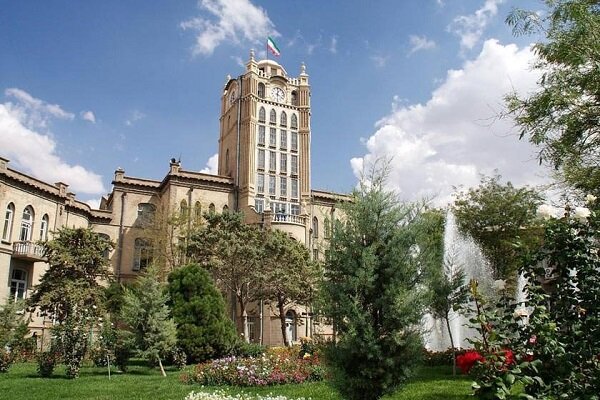 Sa’at Tower also known as Tabriz Municipality Palace is a building in Tabriz which is used as the city hall and main office of the municipal government of Tabriz, East Azarbaijan Province. It is a building with a hall, a tower with a clock, and a small garden on the southwestern side of the building. A circular pool with fountains is located in the middle of the garden.

In recent years parts of the building are reorganized as the municipality museum of Tabriz. The museum includes historical maps of Tabriz, photos of new establishments and major constructions works in Tabriz, and the golden key of Tabriz.

The best season to visit Tabriz is spring and summer. It is not a favorite destination in autumn and winter since it gets so cold.